Fans of NCIS look forward to the upcoming season of the long-running drama. The landmark 20th season will drop later this year. Even though the majority of the original cast members have exited by now, NCIS still manages to bring in millions of viewers every episode. Sean Murray, known to NCIS fans as Agent Timothy McGee, recently sat down on the Culture Pop Podcast and gave his take on why the show has lasted so long on our TV screens. 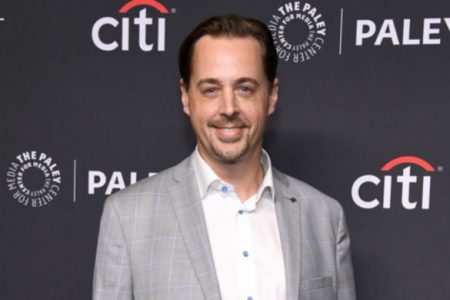 Murray said it takes more than luck to make a show successful. “A show in its first two, three years, you’re working out your kinks, figuring out what you are. And as a result, you’re working 17-hour days, you’re going home to get seven, eight hours sleep, if you’re lucky and then going right back to work.” Murray added, “I mean, that’s the first couple of years if you’re busting your butt to make it happen and find something good.”

What NCIS Learned from The Beatles

The NCIS actor went on to compare the production of the show to the recent documentary, Get Back, a detailed behind-the-scenes look at The Beatles while making their notorious album, Let it Be. The film was directed by Peter Jackson and drew huge acclaim from critics and music fans.

Murray made sure to tread lightly before comparing the show to one of the most popular bands in the history of music. But he does see similarities to the process of making NCIS compared to the documentary.

“The one thing I’ve learned – not to compare ourselves to The Beatles by any means, but The Beatles documentary [Get Back]. Everyone thinks these guys just came up with these songs, they had them in their heads. You get to see these guys and how hard they have to work and they found amazing, transcendent. I’m not saying that’s us but they had to put the work in, people don’t see the work you put in,” he explained.

Season 19 wrapped up only a couple of months ago. The season took an intimate look at the personal life of Agent Alden Parker, played by Gary Cole. Even though the finale is still fresh in fans’ minds, the next season is already hotly anticipated.

Murray insists the show was not an overnight sensation. The work was long and difficult to build the NCIS brand. The show has experienced many casting changes over the years. Including the recent and highly publicized departure of Mark Harmon. Nonetheless, NCIS continues to be a powerhouse player in the realm of procedural dramas.

The twentieth season of NCIS is scheduled to premiere on Sept. 19, 2022. The show continues to thrive and fans are eager to tune in to see what’s next in store for their favorite characters.