NCIS followed the professional lives of a team of agents as they worked together to solve intense naval criminal cases.

During the season two episode titled ‘Caught on Tape’ the team led by Special Agent Gibbs (played by Mark Harmon) was called in to investigate the mysterious d***h of a marine.

Sergeant William Moore (Kevin Sizemore) had supposedly slipped and fallen to his d***h from a cliff after filming the sunrise.

The case took a dark turn after his wife and best friend who also attended the camping trip were questioned about Moore’s d***h. 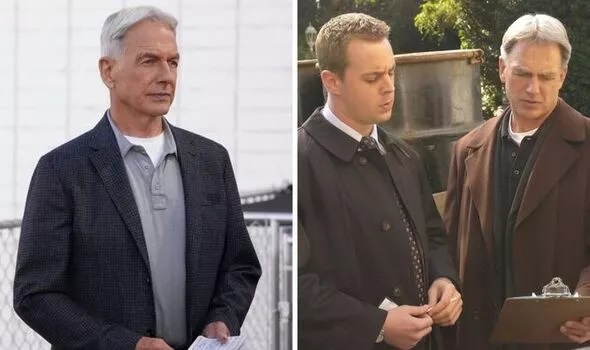 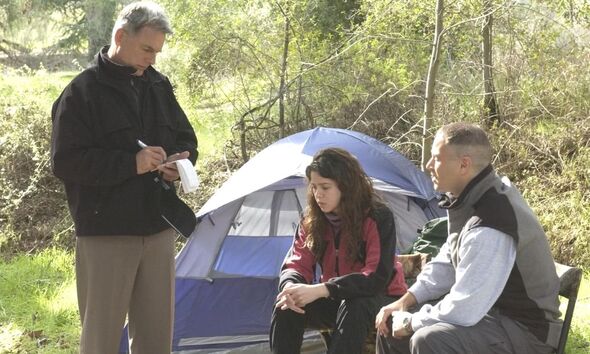 NCIS: The team were investigating the d***h of a marine (Image: CBS)

The interrogation with the v1ct1m’s best friend David Runion (Tim De Zam) was when an observant fan spotted the blunder.

The viewer took to the movie mistakes forum and highlighted there was a continuity error which showrunners may have missed.

They wrote: “When the SGT is in the interrogation room, as Gibbs sits down, the SGT’s hands are on the table.

“Camera cuts to Gibbs sitting down, but look behind him at the mirror and the Sergeant’s hands are not on the table in the reflection.” 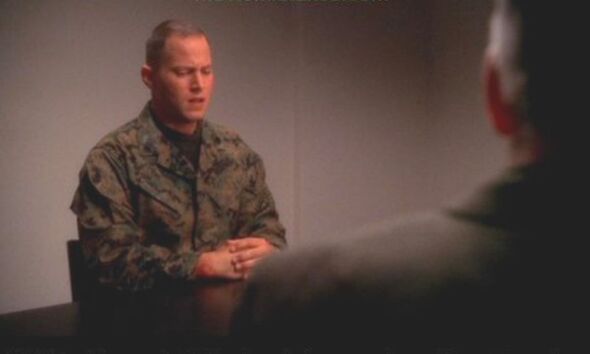 NCIS: David Runion’s hands were on the table in one scene (Image: CBS) 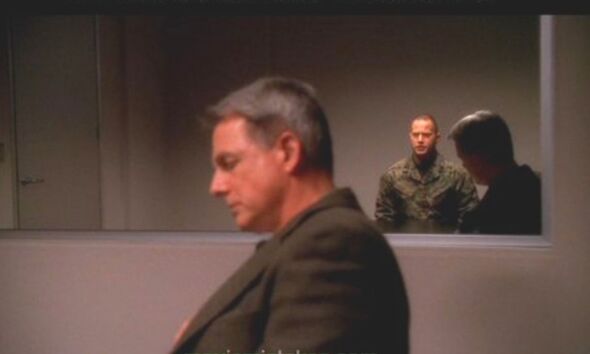 NCIS: In the next angle Runion’s hands are off the table (Image: CBS)

Although the re-positioning of the arms may seem like a minor continuity error, it exposes the lack of inconsistency from scene to scene.

As a result, it pulled the viewer out of the show as they likely rewatched the scene to confirm the blunder.

Despite this, a continuity error is one of the most common blunders spotted on-screen after post-production.

However, it took an eagle-eyed viewer to spot the Sergeant’s arms move from one scene to another.

Other fans didn’t get distracted by the error as they were hooked in by the storyline and wanted to find out who k****d Moore.

As the episode progressed, Runion’s violent history was explored and it revealed he served time for a*****t and battery after he almost b3at a man to d***h with a pool cue in 1993.

Although Runion and Moore’s wife Judy (Marieh Delfino) had stuck to their stories, Gibbs’ decision to question them in the same room soon exposed the cracks in their alibis.

Including the revelation about Judy being pregnant with Runion’s baby.

As Moore had been filming the sunset before his d***h, the team were able to find the camera and uncover footage.

It revealed Runion was the one who k****d the marine by knocking him out with a baseball bat.

Thankfully fans will soon be able to see the team get back together and solve complex criminal cases with season five lands on screens later this year.