‘NCIS’: Could Agent Torres Be K1ll e d in Hawaii During Crossover?

Wilmer Valderrama of NCIS, who plays Special Agent Nick Torres, sure does know how to keep fans guessing about Torres. Recently, Valderrama drops a hint about being sh*-*-*t. 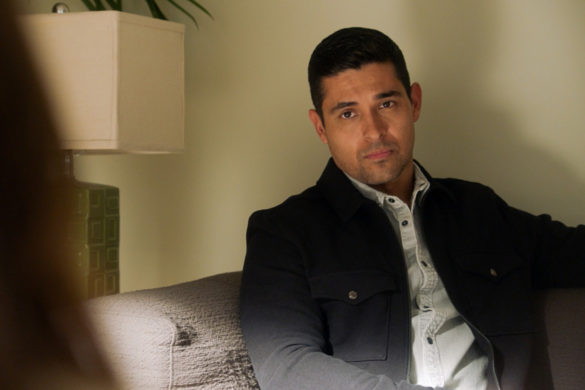 Yes, it will involve his crossover time next season on NCIS: Hawai’i. But, will he be k*****d in that spot? That’s a big question.

Torres finds himself working with Jane Tennant, played by Vanessa Lachey, on NCIS: Hawai’i. If you follow the character on the CBS drama, then you know about his troubles. The dude said goodbye to his lady, Ellie Bishop, played by Emily Wickersham. And he also saw Leroy Jethro Gibbs, played by Mark Harmon, exit as well. He looked up to Gibbs and admired his work.

What is it about Torres that proves so compelling? He’s a guy who is dealing with some serious stuff personally. His mental health struggle did get into the show’s headlines. Torres would even bring it to light more in an episode where he entered a cage fight. We’re talking about real UFC-level stuff here, NCIS fans. You get a look at how tough Torres really is at this moment. But we also see Alden Parker, played by Gary Cole, stepping in to stop the fight at one moment.
Wilmer Valderrama of ‘NCIS’ Gives Up Timely Hint About His Show

On a totally different vibe, Valderrama and Lachey were interviewed for the NCIS Instagram account. At one point, both actors are looking out toward the beach. In that moment, Valderamma says, “This is the most beautiful place I’ve ever been shot at.” Whoops, there you go. He gives up the fact that Torres will be sh*****t. Will this be the end of Nick? We hope not. Valderrama is an incredible addition to the show. While he has other projects happening in his life, NCIS benefits from having him around. One of those projects includes Valderrama making an appearance as Fez on the show That ’90s Show. Yes, it’s a follow-up to the ever-popular That ’70s Show.

Meanwhile, look for Torres to keep going on the downswing, though. We get tips about this in a TV Insider interview. NCIS showrunner Steven Binder talks about Season 20. “I think we’re gonna go pretty dark with [Torres],” Binder said. “We try and do it in a way that doesn’t destroy what we love about the character, so always in service to something greater. It’s not just pure darkness.” Well, it would be sad to see the actor depart from this very popular show on CBS. Torres is one of the most compelling characters on there right now. And Valderrama is a pure pro when it comes to acting. Here’s hoping for a long run for him on NCIS.