‘Blue Bloods’ and All ‘NCIS’ Shows Snubbed in 2022 Emmys Nominations, Fans Sound Off

Fans of “NCIS” and “Blue Bloods” were irritated after both shows were missing from this year’s Primetime Emmy nominations. 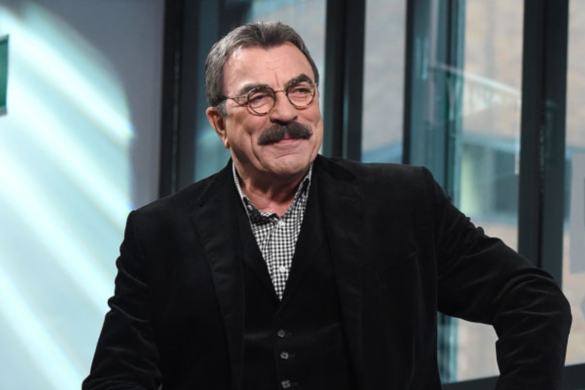 Although both shows have a cult-like following, with millions of fans watching each week, neither show garnered an Emmy nom on Tuesday, when the nominations were revealed. We know that both sitcoms were among the most-watched shows in 2022, so what gives?

“NCIS” has only had three Emmy nominations and no wins during its tenure. Yet, surprisingly, it’s long been the most-watched scripted drama on primetime TV. After the nominations came out, one fan of the crime procedural couldn’t help but express their annoyance that the show was snubbed.

They tweeted: “Like I just told someone else; NCIS is going into it’s 19th season & is 1 of the most watched shows on television. I just checked; the only Emmy noms it has ever gotten was for stunt coord. & guest actor. If the show or actors don’t get noms … they’re in great company.”

As the user points out, NCIS’ received its first nomination in 2005 when the late Charles Durning earned a nod for his guest appearance in the 2004 episode titled “Call of Silence.”

Similarly, “Blue Bloods” has also had poor luck regarding Awards Shows. While we know, like the “NCIS” universe, “Blue Bloods” has had a large following since its inception in 2010.
Why shows like ‘NCIS’ and ‘Blue Bloods’ are often overlooked at awards shows

Despite this, the show hasn’t received that much recognition from award shows. Throughout those ten seasons, the police procedural has only been nominated for one Emmy for Outstanding Stunt Coordination For a Drama Series, Miniseries, or Movie back in 2013 alongside “NCIS.”

After the show was overlooked, fans of the Reagan family couldn’t help but express their disdain. However, with its incredible acting and riveting storylines, many believe the show is worthy of more recognition.

“The Chicago shows and Blue Bloods have long deserved Emmy Awards,” penned one frustrated fan. Someone else echoed the sentiment, writing, “I forgot tonight was the Daytime Emmys but that’s okay. I’m assuming it’s going to be a political s**t show anyway. I’ll stick Blue Bloods.”

However, we may know why both shows often get kicked to the curb at awards shows. According to The Los Angeles Times, awards show voters often want characters who struggle with extreme internal obstacles— a trope viewers may not see in police procedurals.

In addition, they write that when you have a different case every week, it’s challenging to incorporate long-term plotlines throughout the season.

Despite this, we know both shows rack up massive amounts of views. After all, there’s no way the shows would last for numerous seasons if they weren’t being watched at home. However, while some fans like the show’s formula, it seems Emmy voters aren’t among them.