There’s nothing like going back to revisit old NCIS episodes. You can relive all your favorite Gibbs moments and recall other characters who have left the show. 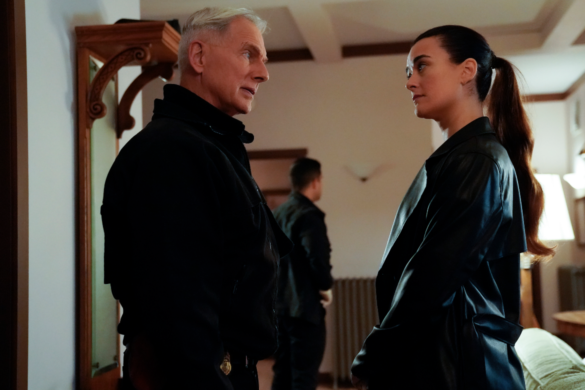 That’s why there’s an ongoing, well-thought-out discussion on the NCIS sub-Reddit. There are no right or wrong answers. But this week, posters on the NCIS forum pondered whether Ziva David ever forgave Leroy Jethro Gibbs (Mark Harmon) for believing she was d***d.

Yes, this discussion takes us back to season 17, relatively recent history for NCIS. It’s about how Ziva (Cote de Pablo) d**d off-screen three years before. Through the magic of television, a dead character is resurrected with a relatively simple explanation. Ziva faked her own d***h. She never passed away in a farmhouse fire, you only thought she did. But she left clues for Gibbs if only he’d looked.

SarcasticGenZTeen started the discussion. “Did Ziva ever really forgive Gibbs for abandoning her?” Then NCIS fan wrote:

“Yea, I know, the goodbye hug, the nose tap, the wink. It all points to forgiveness. But what I’m really wondering is if Ziva still views Gibbs as a fatherly figure that she loves.”

So let’s discuss. But first, the NCIS context of it all. De Pablo left the series in 2013. But there was no big send off. On screen, she went back to Israel. Then three years later, Michael Weatherly left the series. But for Tony DiNozzo, NCIS writers were able to craft an exit. During “Family First,” the team learned that Ziva d***d in a fire at her father’s home. However, without telling Tony, she gave birth to a baby girl named Tali several years before. Tony was the father. With Ziva dead, Tony needed to leave his job at NCIS to take care of the daughter he never knew was out there.

Flash forward to the premiere of season 17, otherwise known as the return of Ziva. And it did bug Ziva that Gibbs, who she viewed as a mentor and father figure, never figured out she really was alive.

A Reddit user wrote :”It has always bugged me that a woman who went to such extraordinary lengths to fake her death was hurt that people believed it.” Yes, no one figured it out for years. Bishop (Emily Wickersham) was the first of the agents to put together the clues. And she’d never met Ziva. She was the one who told McGee (Sean Murray). Eventually, the old crew found out. They all were stunned.

Here’s why Ziva felt the need to go deep undercover, allowing the world to believe she was d***d. A te*****t named Sahar was after her. Sahar worked alongside Ari Haswari, Ziva’s half brother. And if you know your NCIS history, Ziva k****d her brother after he murdered agent Kate Todd. Sahar wanted to avenge Ari’s death, so she came after Ziva.

Gibbs Apologized for Not Looking Into Her Staged D****h

Ziva finally confronted Gibbs as to why he accepted her death. He told her he couldn’t take it if he investigated the circumstances, thinking she was alive, only to find out she really was d****d.

“I would’ve lost you a thousand times if that’s what it took,” Ziva told Gibbs.

A Reddit user summed it up: “Ziva was right, though, if he loved his “daughter” he would go to the ends of the earth for her. I get he said he didn’t want to find out she was dead a second time. But as a mother I would 100% get revenge.”

Ziva’s character left after the episode “In the Wind.” Gibbs told her “We’re always here for you.”