For 19 years, the police television series NCIS has captivated audiences. Not to mention, it gave CBS a hit show with 435 episodes in total. 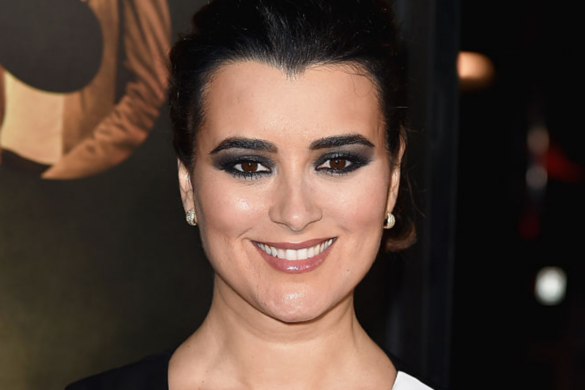 With such a long history, NCIS did more than create a loyal fan base as the show received 27 awards throughout its run. But while fans love the show, there are some interesting moments and characters that left them wondering exactly what happened behind the scenes. One of those moments came after Cote de Pablo joined the show in Season 3 as Special Agent Ziva David.

With Season 3 premiering in 2005, Cote de Pablo stayed with the show for eight years, eventually leaving in 2013. Although not sold on her character, by the end, many loved what de Pablo brought to the show. Sadly, after the announcement, the writers k***d her character. Again, distraught fans found the ending to be somewhat lackluster, wanting more of de Pablo.
Cote de Pablo Admits To Not Liking Direction Of Her Character

While not much information circulated about Cote de Pablo leaving, in 2016, she admitted her departure came due to not liking the direction of her character. “Unfortunately because of political things and scripts not being good enough, I chose not to [return to NCIS]. They were going to send [Ziva] back to Israel and make her an unfortunate, miserable woman … I didn’t think it was fair, so I said, ‘Until someone can really write something fantastic for her, I won’t come back.”

Giving fans some closure of the reason, Cote de Pablo further discussed her decision in 2019, telling USA Today. “I think that was taken out of context at a certain point, and people start writing that to justify the idea of leaving.” She added, “But I didn’t leave because I wanted to go or because I was ready or because I was tired. I didn’t really have an option.”
Showrunner Explains Mistake Of K****g Special Agent Ziva David

As Cote de Pablo clarified her original statement about leaving NCIS, fans learned from the showrunner that her d****h was a mistake. On the Season 17 DVD of NCIS, showrunner Steve Binder explained that killing the character off was an “error”. “Killing Ziva off-screen, or making the audience think that, was an error on our part.”

Before de Pablo’s departure caused drama, fans compared her to another actress Sasha Alexander, who portrayed Special Agent Caitlin Todd in the series. At the time, one Reddit user wrote, “I’m now a few episodes into season 3 and I know she’s popular… but I just cannot stand Ziva. Partially it’s because Kate was my favorite and I miss her and the whole dynamic is just off without her.”