NCIS star Brian Dietzen is pumped about his return to the set of CBS’s No. 1 drama. 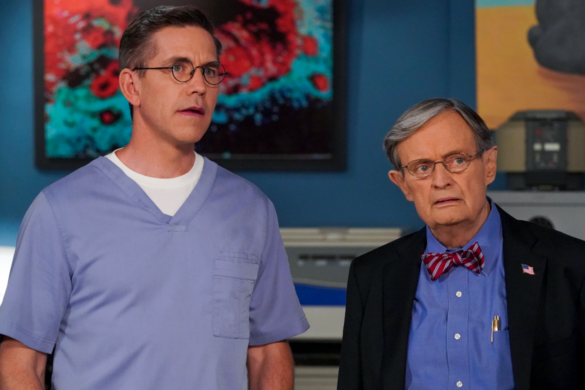 However, he’s also, apparently, an avid fan of golf. After making an appearance in series star Diona Reasonover’s fun Instagram clip on Friday, Dietzen took to Twitter to share his thoughts on the British Open, revealing his pick for 2022’s champ. See what he has to say below.

What an Open so far. Amazing leaderboard. Would love to see Rory pull this one off. And damn, The Old Course looks amazing.

“What an Open so far,” the Jimmy Palmer actor remarked. “Amazing leaderboard.”

Sharing his own pick for the British Open’s champ, the NCIS star continued, “Would love to see Rory [McIlroy] pull this one off.”

It’s always fun to see our favorite NCIS actors and actresses take part in their favorite off-screen pastimes. However, interestingly, not only is Brian Dietzen a golf fan but so is his NCIS character, Jimmy Palmer.

Per a recap from Entertainment Weekly, fans previously saw Dietzen’s Jimmy Palmer head to the golf course in the episode “Fallout” from season 15. Making things even more exciting, and a bit humorous, the NCIS team’s stoic special agent Nick Torres joins Palmer as the medical examiner’s caddy. Torres attempts to investigate the team’s suspects on the golf course. However, Palmer, much to the special agent’s dismay, plays a near-perfect game.

If you’re interested in seeing the full episode, catch NCIS seasons one through 15 on Netflix.
Brian Dietzen Welcomes Jimmy Palmer Back to the Set of ‘NCIS’

Golf is an important hobby for both Jimmy Palmer and his actor Brian Dietzen. But, more than anything, it seems the actor is ready to return to production following a several months-long hiatus away from NCIS. Taking to his own Instagram page on Friday, Dietzen shared a photo of his character’s iconic round glasses, with his set chair central in the background.

“Hello again Jimmy,” the longtime NCIS star posted. “These are going on my face now. Let’s do this.”

NCIS‘s official Instagram shared a fun response of their own, commenting, “Welcome back!” with a single heart-eyed emoji.

Friday was an exciting day for NCIS fans and cast members alike. The hit series’ official social media pages first announced the cast and crew’s return to the set, with the season 20 premiere taking place Monday, September 19th during its usual timeslot.

In their clip, the NCIS stars teased fans with several announcements. Tim McGee actor Sean Murray first promised us that season 20 “will bring the smoke.”