‘NCIS’: What Did Tony DiNozzo Whisper To Ziva Back in Season 10?

NCIS fans have always wondered one question: what did Tony DiNozzo whisper to Ziva at the airport? 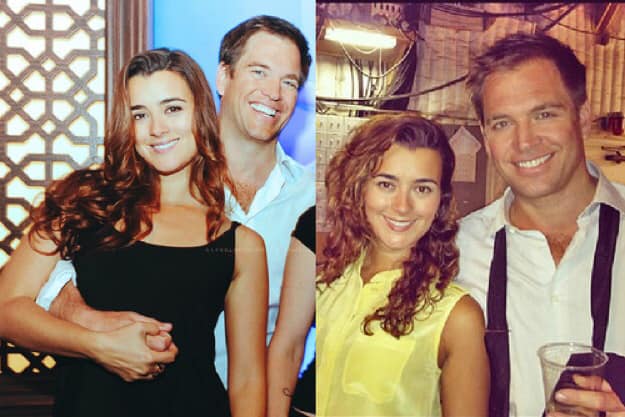 Back in Season 10, one of the most poignant moments of the love story between Tony and Ziva occurred. Tony Dinozzo (Michael Weatherly) and Ziva David (Cote de Pablo) never get together during NCIS‘ run. However, the two agents gave viewers plenty of memorable moments.

During the show, fans garnered a unique understanding of Ziva’s family. We know her entire family is dead aside from her father Eli (Michael Nouri).

Then, after the d*-*-*h, a grief-stricken Ziva takes time away from work. She flies the body back to Israel for burial. Before she leaves for Israel, though, she has a visitor. Tony shows up at the airport before she boards to say goodbye.

When he gets there to say goodbye, she tells him that he didn’t have to come. Tony assures her that her team would find the responsible party and avenge her father’s d***th.

He begged her not to take action into her own hands. He said, “don’t do this,” knowing she would try to go rogue. She said, “I’m going to a fu***al to deliver my father’s eulogy.”

She continued, saying “He was not an easy man to understand and yet, Tony…I…”

She trails off and leans into Tony for a hug, resting her head on his shoulder.
‘NCIS’ Fans Wonder What Tony Whispered to Ziva

In that moment, he whispers in Ziva’s ear “Aht lo leh-vahd. This translates to “you are not alone” in Hebrew.

Ziva looks up and tells him “I know.” She smiles at Tony and they share a kiss. Then, she walks away to catch her flight. And as long-time NCIS fans know well, this was the beginning of her character’s downfall.

Two seasons later and it was believed that Ziva had been k****d in a mortar attack, leaving behind her and Tony’s daughter Tali, who he didn’t know about.

As a result, he left his dangerous job to look after Tali. They move to Paris.

However, their love story didn’t end here. In Season 16, it is discovered that Ziva had faked her d****h to protect her family.

When Tony learns of Ziva’s survival, he sends a video message of Tali. Tali asks her mom to reunite with the family.

In the NCIS universe, it’s assumed that Tony, Ziva and Tali currently live a peaceful life together in Paris.

Some believe that Season 20 could feature the return of Tony DiNozzo. The NCIS reportedly showrunner considers Weatherly a friend.

Because of their close friendship, the Steven D Binder talked about his potential return.”So it’s not a difficult conversation to have with him. It’s just a question of whether or not it works out.”