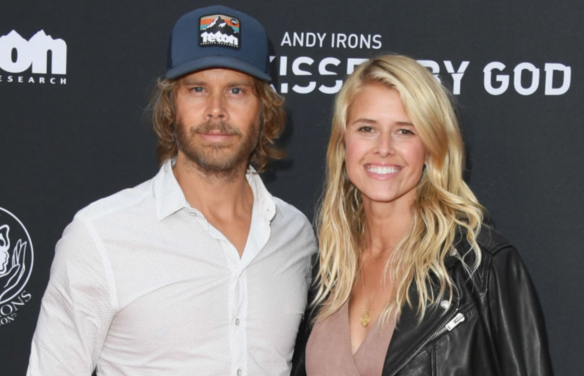 Eric Christian Olsen, star of the popular TV crime-drama procedural series, NCIS: Los Angeles shared an adorable pic of his daughter on his Instagram account recently, noting that she certainly has a resemblance to one of her parents. Especially when the youngster shows off her bright smile.

“I guess this smile officially proves it,” the NCIS: Los Angeles star says in his Friday, July 22 Insta post. The star then notes that his young daughter is “90%” her mother, Sarah Wright – who Eric Christian Olsen tags in the message (@swrightolsen).

NCIS: Los Angeles Star And His Young Daughter Have ‘So Many Questions’

There’s no doubt that NCIS: Los Angeles star Erick Christian Olsen doesn’t question which parent his young daughter, Winter looks like. However, the daddy-daughter duo does seem to have a few other questions. Or, that’s the pose they chose for another one of Olsen’s Insta posts, at least.


In an early summer Instagram post, the star of the popular NCIS spinoff series shares a photo of himself sitting with young Winter. However, both father and daughter are uncertain about something it seems. Winter and her father are gazing at the camera with quizzical looks on their faces. Winter is holding her hands out as if to say “what’s going on?” Olsen shares this adorably hilarious post along with the caption, “We have so many questions.”

Fans Hope Some Questions Will Be Answered This Fall When NCIS: Los Angeles Returns

NCIS: Los Angeles is in the middle of its summer hiatus. However, we already know some big storylines are coming down the pike! We have little doubt that the popular CBS series will be addressing the Hetty (Linda Hunt) mystery in the show’s upcoming 14th season. Hetty’s mystery, Los Angeles fans know, centers around Chris O’Donnell’s G. Callen. Fans got a little bit of an answer – or the hint of one – when the show’s recent season brought an update to the Katya story. k!lling off the Russian agent gone rogue.

This storyline is extra intriguing as we prepare for the hit drama’s premiere later this fall. Especially since Linda Hunt left during season 13, without a return, even in the finale episode. The series explains this absence by giving Hunt’s Hetty character a storyline in Syria. As she continues dealing with terrorists overseas.

Elsewhere, Olsen’s character and his on-screen wife, Daniele Ruah’s Kensi Blye are preparing to become parents. The couple has been dreaming of children for a long time, and their wish came true as they decided to become foster parents in the show’s 13th season finale.