You’d think that most fans would love a beloved character coming back to the show after so many years. 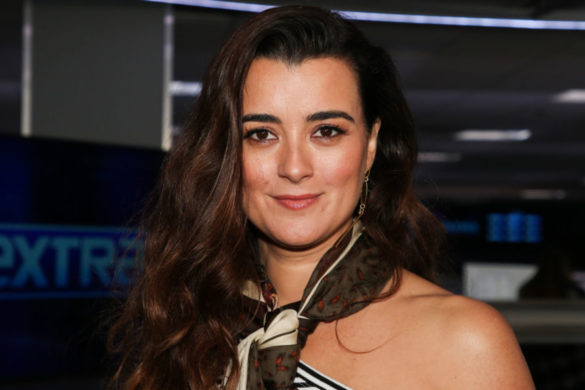 So when Ziva returned in NCIS season 16, many felt shocked. The character came back, very much alive, before leaving once more to go link up with her family in France. So why, exactly, would some NCIS fans not enjoy a twist like this?

In a Reddit thread titled “Unpopular opinion about season 17” a NCIS fan aired out their grievances.

“I didn’t enjoy Ziva’s return much. Maybe because I’m not as invested in her character as the majority of fans, and I also found her to be less enjoyable this time around, but also because I felt far worse for Finneas losing his mother than I felt happiness for Ziva getting her revenge,” they wrote.
One Fan Pointed out How Ziva Treated Gibbs

Another NCIS fan echoed this sentiment, expressing concern about the way Ziva treated Gibbs. Before Ziva left again, she told Gibbs she felt hurt that they didn’t try harder to confirm she d***d. This fan felt like that was out of line.

“You’re not alone. For me, it was okay in the way that she was shown to have fallen down, and hard, and that’s understandable. She was forced into hiding, developed an addiction, worrying about Tali, etc,” they wrote. But in this fan’s eyes, it didn’t make up for how she treated Gibbs.

“What really bugged me was how she seemed to blame Gibbs for everything; not coming to see if she really d***d in the fire (at that point she had been out of his life for years, what did she expect?)” They wrote.

However, other fans in the thread disagreed. Many like Ziva a lot, so they liked her return. A lot of it could depend on how you feel about Ziva.
Some Think Ziva Will Make Another Return to ‘NCIS’ This Year

Whether you love or hate her return, some fans have begun to speculate that Ziva may make another return this year. During a conversation with Gibbs, Ziva implied that if the roles were reversed and the team thought Gibbs died, she’d make sure he actually was.

Season 18 ended with Gibb’s boat being blown up and Gibbs sneakily swimming away from the scene in the aftermath. Many speculated that Gibbs will be presumed dead or go on the run after the explosion, and if that’s the case, Ziva could potentially return in an effort to stay true to her word.

Of course, that’s all just speculation. Fans won’t know for sure until season 19 starts back up again. You can catch the first episode of the season, followed by an episode of the all-new NCIS spinoff, NCIS Hawai’i, on Monday, September 20th on CBS.