‘NCIS’: Are Ziva and DiNozzo Going to Reunite for Epic Season 19 Comeback?

“NCIS” fans have long-term memories. A lot of them wonder if Ziva David and Tony DiNozzo are going to reunite this season.+ 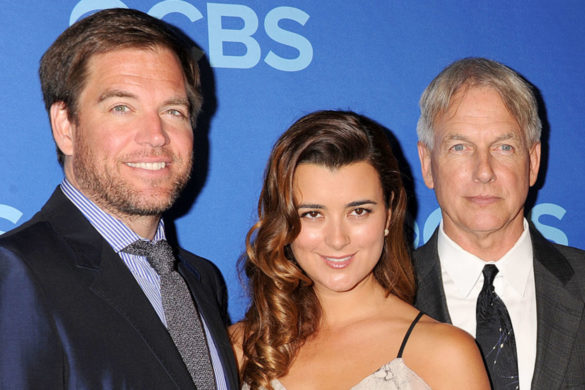 Well, let’s take a look at the actors themselves first. Cote de Pablo, who played David, and Michael Weatherly, who played DiNozzo, have not been on the show for a period of time. “NCIS” is a CBS show where their characters are remembered by fans.

In an article from the British newspaper Express, de Pablo left the show after the 13th season. DiNozzo, who had a child with David on “NCIS,” also led to Weatherly leaving the CBS c****e drama also after Season 13. But Ziva and de Pablo ended up back on the show at the end of the 16th season. Her return was a surprise. What happened? Well, she pretended to be d***d after news came back to her “NCIS” team about what happened to her in the field.

Ziva also appeared in some episodes in the 17th season before heading back to Paris and being with Tony and their child Tali.
‘NCIS’ Star Said In 2016 ‘No Money In The World’ Would Have Had Her Stay

“I worked eight years crafting this character and loving her,” de Pablo said. “And so when I felt or I perceived that the character was not being treated with the respect that she deserved, no money in the world [would make her stay].”

Former CBS Corp. president and CEO Les Moonves said at the time about the “NCIS” star. “I really want to clarify: We offered Cote de Pablo [a] lot of money — and then we offered her even more money,” Moonves said. “We really didn’t want to lose her, we love her. We think she’s t.errific.”
Popular Couple Might Come Back, But It’s Up To The Show

OK, but are they going to return this season? That’s up in the air on “NCIS.” Weatherly, who is busy with his own CBS drama show “Bull,” happened to drop an interesting tidbit on Twitter recently. He is shown in front of a camera and wrote on his Twitter account this caption: “#ncis Camera is King”.

What does that mean? Either the show’s producers will find room for the couple on “NCIS” but there’s nothing etched in stone.