Wyatt Earp is about to leave Netflix. But NCIS fans, you still have a month to take in vintage Mark Harmon as he faced off against Kevin Costner in this story about a legendary U.S. marshal.. This was back in 1994, almost a decade before Harmon landed the role of Leroy Jethro Gibbs in NCIS. He still was trying to become a movie star. And Wyatt Earp, at least on paper, looked to be a blockbuster. How could you go wrong with a cast featuring the likes of Costner, Gene Hackman and Dennis Quaid? Plus, there were other big stars of the decade in the cast like Bill Pullman, Tom Sizemore and Michael Madsen. Even Little House on the Prairie star Karen Grassle was in the movie. 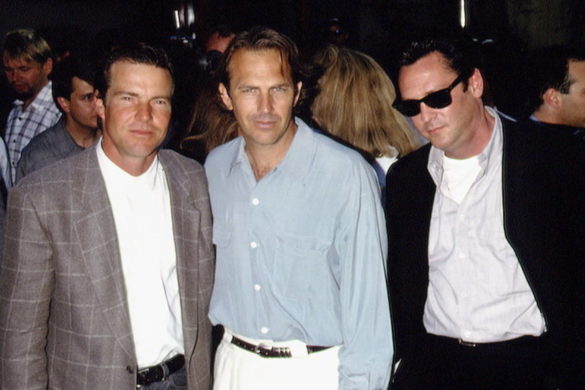 Costner played Earp, the legendary marshal. And Harmon portrayed Johnny Behan, the sheriff of Cochise County in Arizona during the fight at the OK Corral. Tombstone was the county seat. So in a way, Harmon was unknowingly trying out some lawman skills he used in NCIS. OK, maybe that’s a reach. Behan also was a political figure. That’s so not Gibbs. And he and Earp didn’t get along.

Harmon explained that money was the issue. Behan made it, Earp did not. “The reason Earp wanted the job of county sheriff is because Behan was pulling in $86,000 a year,” Harmon said in the interview. “Not all of it honestly, of course.”

Harmon spent 26 weeks filming Wyatt Earp on location in New Mexico. At more than three hours, the movie was a long one. Director Lawrence Kasdan didn’t want to edit out any detail. The future NCIS icon said he did a ton of research on Behan, adding that the real-life character was a distinguished Indian scout who worked as a spy for the United States during the Boxer Rebellion in China. You can see Gibbs doing this, right?

Behan butted heads with Wyatt Earp and his brothers, blaming them for the three d*****s at the OK Corral. Harmon said no one will ever know “exactly what happened.”

“It just depends on what account you read,” Harmon said. “Even the people who were there at the time saw the events, including the OK Corral incident, differently.”

And yes, Harmon got to ride a horse in the movie. He loved it, too. Harmon knew what he was doing, since he said he once owned a horse. Playing cowboy was sort of like living his childhood dream while collecting a very adult pay check.

Meanwhile, NCIS now carries on without Harmon. He stopped playing Gibbs after the fourth episode of season 19. NCIS fans haven’t seen Gibbs in action since the episode “Great Wide Open,” his official send off.

NCIS kicks off season 20, Sept. 19. But if you want to see Harmon when he was in his mid-30s, check out Wyatt Earp