When most people envision what it would be like to be a rich and famous actor, they only think about everything they’d enjoy about being in that position. In reality, however, there are a lot of things that suck about making your living as a television or movie star. For example, there have been lots of highly successful stars who’ve lost their careers after messing up once. On top of that, famous actors have to deal with the prying eye of the tabloids and the pressures of spending extremely long hours on set away from their significant others. With that in mind, it makes sense that a lot of stars have had extremely short marriages. 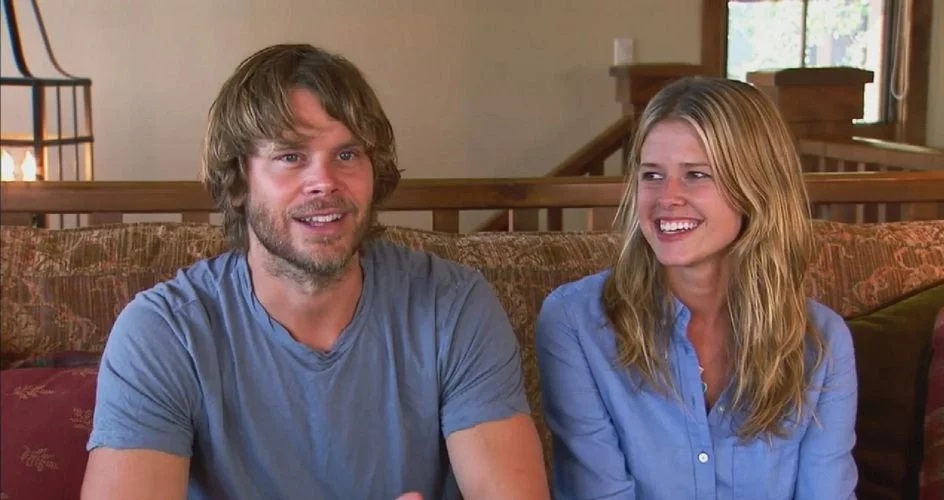 After first finding success in the acting business during the early-2000s, Eric Christian Olsen has worked consistently ever since. While Olsen should thank his lucky stars that he has b3at3n the odds in Hollywood, his busy schedule easily could have left his personal life in shambles. With that in mind, it begs an obvious question, what is the truth about Olsen’s relationship with his wife.

Based on all of the situations his character has found himself in, there is no doubt that Eric Christian Olsen’s tenure playing NCIS: Los Angeles’ Marty Deeks has been challenging. For example, since Olsen’s character has had a rocky relationship with his on-screen wife at times, Olsen has been tasked with portraying some extreme emotions. Given that fans have seen Olsen’s character in many dramatic relationship moments, it makes sense that a lot of them are interested in knowing how he handles himself in his real-life marriage.

In 2006, a mostly forgotten sitcom titled The Loop debuted on Fox. Unfortunately for everyone involved in the show, it was canceled after only two seasons that were made up of seventeen episodes. Despite the show’s short run, it marked a turning point in the life of Eric Christian Olsen since he starred in the series alongside the woman that would go on to be his wife.

In Hollywood, there are a handful of celebrity couples who’ve managed to make things work for years. When a lot of those couples talk about how they first got together, they make it seem like they fell for each other instantly. On the other hand, when Eric Christian Olsen and Sarah Wright Olsen were interviewed together by Entertainment Tonight, they revealed that they didn’t get along at first. In fact, Eric admitted that he was a jerk to Sarah after initially assuming the worst of her.

When Eric Christian Olsen first met Sarah Wright Olsen, he assumed that she was hired to star in The Loop because she was “super gorgeous and not because [she] was super talented”. As a result of that false assumption, Eric admitted he was “mean to [Sarah] the first time [they] met”. Thankfully, in the aforementioned Entertainment Tonight interview, Sarah revealed that it didn’t take Eric long to realize he’d made a mistake. “But at the first table read, [Eric’] laughed at my jokes, and came up to me afterwards and apologized.”

After overcoming their unfortunate first meeting, it didn’t take too long for Eric Christian Olsen and Sarah Wright Olsen to become friends and then start dating. After dating for five years, Eric decided to pop the question and during an appearance on The Talk, Olsen revealed the words he used while proposing. “Nobody makes me laugh more. Nobody makes me happier. Nobody is going to be a better mother. I want to spend the rest of my life with you. Will you marry me?”

Since Eric Christian Olsen and Sarah Wright Olsen got married in 2012, they have been extremely happy together from all accounts. After all, both of them consistently profess their love for each other on social media. On top of that, both of them seem to have grown together. For example, both of them have continued to act consistently throughout their marriage with many people knowing Sarah best for her portrayal of Parks and Recreation’s Millicent Gergich. On top of that, Eric and Sarah have been busy bringing up their three children together. In short, based on all of the available information, Eric and Sarah seem to have a dream marriage.