‘NCIS’: Did CBS Try To Get Cote de Pablo To Stay on the Show?

Surely, NCIS producers tried to do everything possible to keep Ziva David as a key character in the cast. 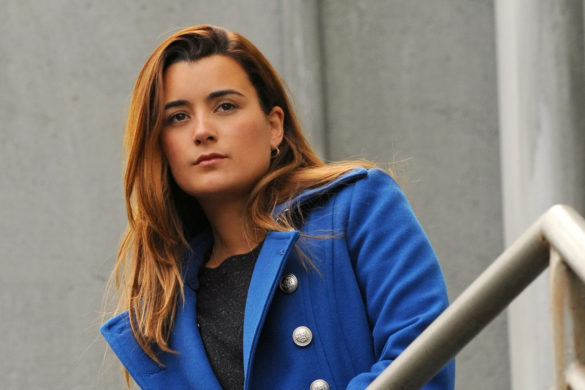 NCIS fans loved Cote de Pablo, the ultra tough former Mossad agent. They still talk about Ziva, although she left the show in 2013. Part of the enduring strength of NCIS is its female cast. After all, Ziva could beat up the bad guys and slip into a s—y blue dress and go undercover as a nightclub singer.

De Pablo spent eight seasons with NCIS. Executives loved her so much that writers had her return from the d*-*-d. That’s why she reappeared in the season 16 finale and for season 17.

So how hard did NCIS and CBS try to keep de Pablo when she first said she wanted off the show? Turns out, the network offered big bucks.

Then CBS president Les Moonves said in July 2013 that he offered de Pablo a ton to stay on with Gibbs, DiNozzo, Ducky, Abby and McGee.

“We offered Cote de Pablo a lot of money, and then we offered her even more money because we really didn’t want to lose her,” Moonves said. “We love her. We think she was terrific.

De Pablo joined the cast as Ziva, a liaison between NCIS and Mos*-*d, in 2005. She replaced agent Caitlin Todd, who was m*****d by Ziva’s half brother, Ari Haswari. By 2009, Ziva joined NCIS as an agent. In 2013, NCIS wrote Ziva out of the show. She went back home to I-*-el, while Ellie Bishop (Emily Wickersham) joined the crew.

But no one knew what actually happened to Ziva until May 2016. That’s when Michael Weatherly, as Tony DiNozzo, left NCIS. And in explaining his departure, DiNozzo was leaving to take care of the daughter he had with Ziva. It seems that Ziva d+++d in an explosion at her father’s farmhouse.

But since this is TV, we know that no character really needs to stay dead. Ziva came back for parts of season 16 and 17. Everyone thought she was d*** so that she could find out who tried to k*** her. And during that time, she worked deep undercover with Odette, who also trained Bishop for an assignment.

And how did the NCIS cast and crew react when de Pablo returned? “They were waiting for me, standing up, and they clapped as I went in,” de Pablo told USA Today. “I think I said something along the lines of, ‘Woo-hoo, I’m back!’ It was great. It really felt like just slipping back into a really comfortable slipper.”

Katrina Law’s Jess Knight is the new Caitlyn/Ziva/Bishop. NCIS returns this Monday with a new episode after a five-week holiday hiatus.