The “NCIS” crew answered some insightful quick-fire questions about their characters in 2009; Cote de Pablo answered a question about her real-life experiences as an immigrant influencing her role as Ziva David.+ 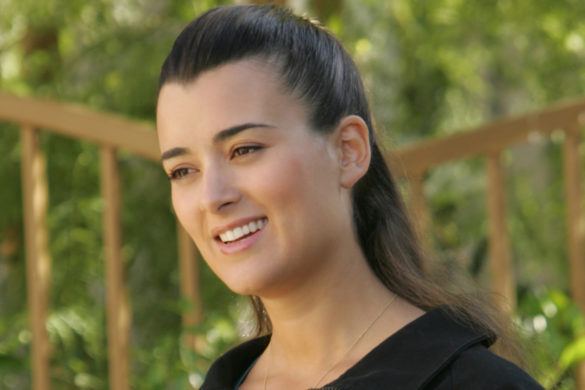 De Pablo was born in Santiago, Chile, and moved to the United States at age 10. When asked the question if those experiences informed her portrayal of Ziva, she answered, “I think tremendously. It influences me every day.”

She went on to say, “I make mistakes all the time […] I make little mistakes. I have a good friend of mine […] who always said I get ‘lost in translation,’ so when I got this role it was a little bit of that.”

It’s possible she drew on the experience of first coming to the United States to play Ziva on “NCIS.” Even though she was a child when she first came, there was still the experience of leaving your home and coming to a completely new place. The strangeness and the confusion, the difficulties but also the triumphs. Every time Ziva learned something new, de Pablo could draw on her own experience to influence the scene or aspect of the character.

Ziva David was a complex character who was so wonderful on “NCIS”; she’s definitely a fan favorite, and it would be great to see her on the show again. Not holding my breath for a Ziva return, but it’s always possible.
‘NCIS’: Brian Dietzen Explains What Makes Jimmy Palmer So Memorable

Speaking of wonderful “NCIS” characters, Jimmy Palmer is also a long-time favorite on the show. He’s been on “NCIS” since season 2, but became a series regular in 2012. He spoke to Variety about the show in 2017, saying of his character, “What has made Jimmy Palmer a memorable character over this past decade is the fact that he is a guy who is looking for the positive and is always learning.”

Dietzen went on, “He’s just always ready to learn and try to put the positive on something. Even in the darkest hours, he’s trying to make something better for himself or for his team.” Jimmy Palmer is such a lovable character, and he tries to find the good in everything. Even though he went through incredible loss in season 18 with the death of his wife, he’s kept his positive attitude throughout that season and into season 19.

Jimmy Palmer is definitely a great role model for anyone going through a tough time. He has a sunny disposition and a good heart, and he’s honestly a terrifically written character. Here’s hoping he sticks around on “NCIS” for however long the show goes on. But, with how much Brian Dietzen loves his character, something says he’s going to be around until the very end.