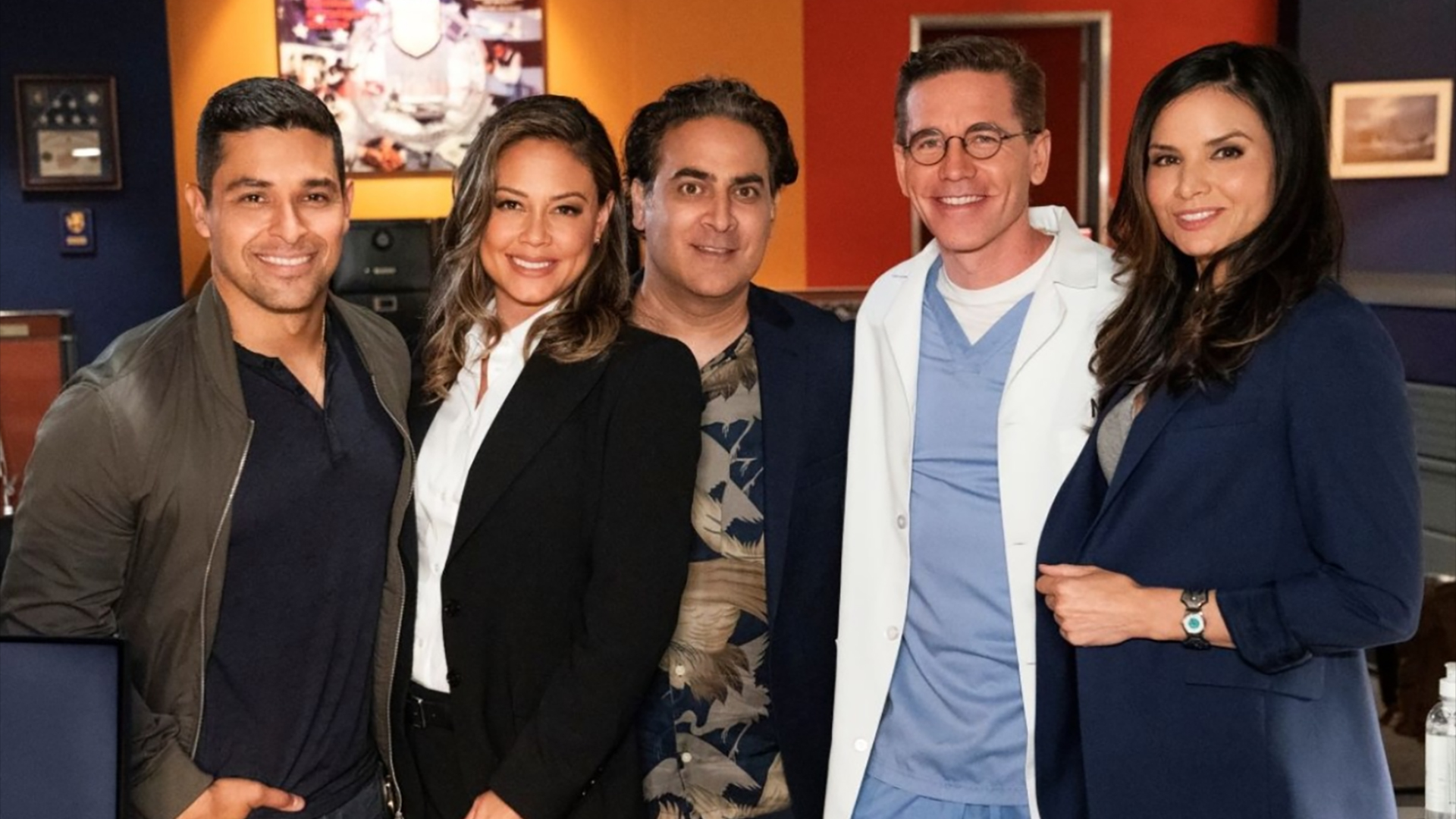 When the finales of NCIS and its newest spinoff aired in May, both shows left fans on a major cliffhanger. Hawai’i came to an end with a bang. Meanwhile, in the flagship series, our new special agent in charge went on the run after being falsely accused of murd3r. Without an epic crossover event, how can we possibly solve these massively exciting cases?

Lachey teased fans of the “OG” NCIS in a fun new clip, saying they should be especially excited. The premiere of NCIS: Hawai’i will feature a very “special guest.” The NCIS: Hawai’i star repeatedly emphasized the importance of keeping the identity of the special guest a secret. However, Special Agent Nick Torres actor Wilmer Valderrama abruptly interrupts the video (twice).

We can hardly contain our excitement — #NCIS and #NCISHawaii are colliding again for a special 2-HOUR premiere crossover event. Mark your calendars, it’s all starting Monday, September 19th at 9/8c! pic.twitter.com/ZRGPojWzMe


Valderrama was a key player in last year’s NCIS/NCIS: Hawai’i crossover. So it makes sense that the writers are once again bringing the teams together through that character.

According to PEOPLE magazine, our favorite cast members will be switching shows for the season premieres. According to the report, Vanessa Lachey and Jason Antoon (Ernie Malik) of NCIS: Hawai’i will travel to the NCIS headquarters in Washington, D.C. Furthermore, Valderrama and his NCIS co-star Katrina Law (Jessica Knight) travel to the tropical paradise of Hawai’i.

Even more exciting, Gary Cole, Brian Dietzen, and Diona Reasonover will appear in the season two premiere of NCIS: Hawai’i. With their upcoming season premieres, NCIS and NCIS: Hawai’i have promised to bring the heat. Longtime fans, however, are wondering when we will see beloved actor David McCallum again. Dr. Donald “Ducky” Mallard, a former medical examiner and agency historian, has been played by McCallum since the show’s pilot episode in 2003. He now appears as a guest star in the series’ later seasons. During the CBS drama’s summer hiatus, fans have come up with some hilarious takes on a Ducky-inspired meme. Look it up below.

“What exactly is Ducky reading?” NCIS polled its Instagram followers. Followers, who were quick to respond, made some hilarious contributions.


When one of the account’s followers wrote: “Deep six: The adventures of LJ Tibbs,” longtime fans immediately recognized the joke.

Years ago, when Tony DiNozzo and Ziva David were still on Team Gibbs, Special Agent McGee was especially dedicated to his writing career. Deep Six is the title of his book, which is based on his job. LJ Tibbs, a fictional carbon copy of his boss Leroy Jethro Gibbs, was one of the characters. For years to come, DiNozzo would tease the junior agent about it.