‘NCIS’: A Familiar Character is Returning for Season 20 Premiere

We have more details about the NCIS season 20 premiere, which brings in two agents from the Hawai’i franchise to help clear Alden Parker and bring down the Raven. 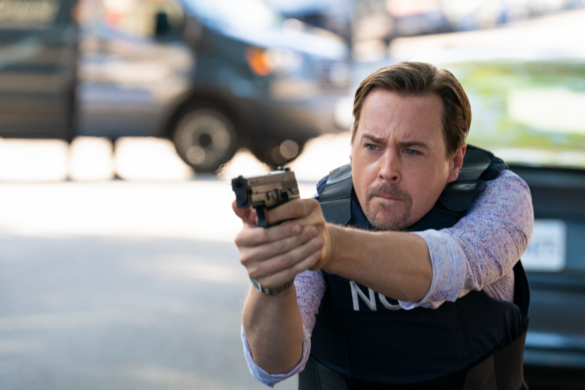 CBS hasn’t released the list of guest stars who will be joining this episode called “A Family Matter.” There are no hints that Mark Harmon’s Gibbs is returning. Let’s get that out of the way first. But Tobias Fornell (Joe Spano) is one of Gibbs’ best friends. CBS released more production photos late Thursday. And in one of the pictures, there’s Spano as Fornell smiling with Parker, McGee, Torres and Jess, along with Jane Tennant from Hawaii. The network has yet to say who is guest starring.

It’s not a surprise that NCIS is including Fornell in the premiere storyline. After all, the plot involves the FBI. Alden Parker (Gary Cole) is an ex-FBI agent, as is his wife Viv (Teri Polo). The FBI thinks Parker murdered his former partner. And on top of that, the bureau believes Parker embezzled money — they have the files from an off-shore account to prove it. In the season 19 finale, the Raven comes up again for the second time. And Parker believes this domestic t******st is setting him up.

The premiere of NCIS and NCIS: Hawai’i should solve who the Raven is, or at least clear Parker. CBS released those log lines earlier this week. Jane Tennant (Vanessa Lachey) and Ernie (Jason Antoon) are in town to meet with Vance (Rocky Carroll). And those two join the rest of the agents to track down the Raven.

Then in NCIS: Hawai’i, Torres (Wilmer Valderramma) and Jess (Katrina Law) head to Oahu. That’s where the Raven is. He wants to disrupt, at a minimum, RIMPAC. That’s short for the Rim of the Pacific Exercises. In real life, these military exercises, on average, happen in June and July, in even number years, off the shore of Honolulu. The Marines, Coast Guard and Hawaii National Guard also participate. Other Pacific Rim countries join in as well. This year’s RIMPAC ended Thursday. The exercises lasted for five weeks, with 25 countries participating.

NCIS fans first learned about the Raven in the season 19 episode called “The Helpers.” Brian Dietzen co-wrote the episode. And in it, a terrorist cell tries to set off a bio-toxin at a military base, then in the middle of a city. The biotoxins almost k***d Jimmy and Kasie (Diona Reasonover). At the end of the hour, as Jimmy recovered in a hospital, the Raven sent a note to Parker saying “Never more.”

Then, in the season finale, Raven apparently orchestrated the k*-*-*-*g of Viv, who was out jogging when she was grabbed. Viv escapes and the agents try to track down what happened. The Raven left his mark where Viv was held against her will. Then the agents vow to clear Parker’s name after it becomes evident someone is trying to set him up for mu*-*-*r.

So let’s get back to plans for the season premiere. Fornell also is a close associate of Parker’s, so it makes sense he come back to help his friend. The last time Spano appeared in an NCIS episode was “Starting Over,” which ran March 28. Spano’s Fornell is a recurring character. He’s been apart of 58 episodes dating back to the NCIS series premiere. When the series said good bye to Gibbs, Tobias played apart in helping his close friend find peace with leaving his job.