Chris O’Donnell Is a Proud Father of Five Kids, Four of Whom Were on ‘NCIS: LA’

Chris O’Donnell is the perfect example of a man who is family-centered with five kids, and he does not only spend time at home with them, but he also shares his workspace. 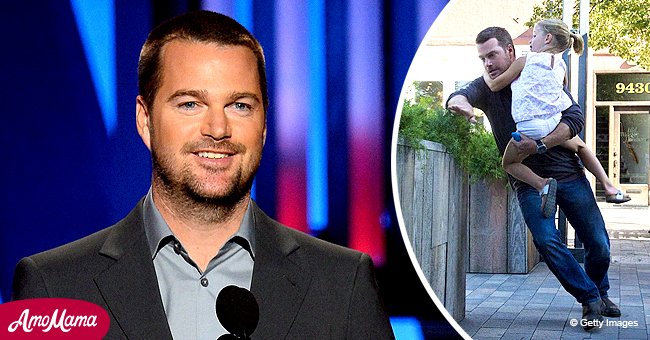 Before “Take your kid to work day” became a famous hashtag on social media, Chris O’Donnell was already in on it. But his slightly differed, as he was doing more than taking his children to work.

The actor shared the screen and appearance credit with his children. Over the years, four out of the five children he shares with his wife, Caroline, have appeared on his hit show, “NCIS: Los Angeles.”

FINDING A YOUNG CHRIS IS NOT A HARD TASK

The first of Chris O’Donnell’s kids to join the actor on set is his first and third children, Lily and Charles. The two appeared in a 2010 episode titled, “Callen, G,” which is the name of their father’s character.

In the episode, the actor’s son played a young version of his dad’s character, as the show took a look at the history of a young “Callen” growing up in foster care. The next year, Finley, took his brother’s place.

Chris’s third son also played a younger version of his father. He starred in two episodes titled, “Tin Soldiers” and “Lange, H.” The next child of the actor to appear on the show is the daughter he had in 2005 — Meave. The little girl featured in NCISLA in 2015, and even said a few words.

HE WANTS HIS CHILDREN TO FIND THEIR PATH

While Chris has never spoken about his children joining him on set, he gave ET an earful about having his fifth child co-star on his show. He said in an interview with the news outlet,

“She was a little nervous when she got [on set], but she arrived at my trailer, and they put a big star with her name on the board.”

Leave warmed up more when she got into the makeup trailer and got her hair and makeup done. The little girl also put her heart and soul into the role and rehearsed her lines nonstop with her dad.

As the actor recalled, his little girl, who was 7-year-old at the time, acted like a real pro. But the jury is still out on whether or not she and her siblings would join Hollywood when they are older.

Chris wants his children to find their path and do what makes them happy. But if they choose to follow his footsteps, then they would have to work hard and earn the right to be on any production they star on.

HE IS BIG ON FAMILY VALUES

The only Chris O’Donnell family member yet to star on “NCIS: LA” is his second child, Christopher. Chris O’Donnell’s wife has also starred on the show; in the same episode as her youngest child.

The actor and Caroline got married in the late ’90s and started a family immediately. The “Vertical Limit” star is the last out of seven children and has always wanted to have a big family.

However, he once revealed that by the time baby number four came, he felt it was a bit insane to continue. Baby number five came, and the rest became history.

The actor is also big on family values and wants his children to grow up as responsible members of their community. In a 2014 interview, he said he wants them to know the value of a dollar, and not get caught up in the luxurious life they see in Los Angeles.