‘NCIS’: How Many Kids Does Mark Harmon’s Leroy Gibbs Have?

During his time with the NCIS team, Mark Harmon’s Leroy Gibbs served as a fatherly presence for his agents, which likely came from his being a dad to one child, a little girl named Kelly. But sadly, his time with her was short. 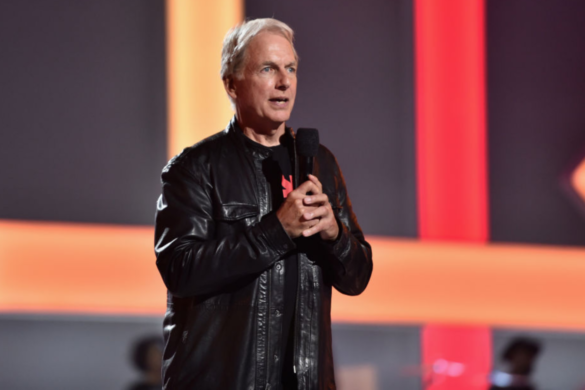 And losing her set the tone for his character’s stoic yet loving personality throughout the series.

In the show, Gibbs married four times. However, it was apparent that his first wife, Shannon Fielding, was the love of his life. The lead agent met her while he was a Gunnery Sergeant in the United States Marine Corps.

Shannon lived near one of his posts, and though he eventually left, he and his future bride romanced each other long distance. And during the series, Gibbs shared that she was his inspiration behind his famous rules.

The couple married in December 1981. They then had their one and only child, Kelly, a year later.

Fans were able to witness Kelly and Gibbs’ relationship firsthand in the 2007 episode titled Requiem. The plot saw one of Kelly’s now-grown friends being stalked by a Marine sergeant. And she asks Gibbs and the team for help.

As Gibbs works to help the woman, the show plays flashbacks to moments with Kelly and ultimately, it reveals how she d***d.
The ‘NCIS’ Agent Lost His Family While He Was Fighting in Desert Storm

During the story, we found out that Kelly was a hobby equestrian and pianist. And she loved spending time with her mom and dad. She also helped her dad build her namesake boat.

But in 1991, both Shannon and Kelly became the target of a Mexican drug cartel kingpin named Pedro Hernandez after Shannon witnessed him mu****g a marine.

The government placed Shannon and Kelly under the protection of NCIS Special Agent Kurt Mitchell. And because he felt safe, Shannon agreed to testify against Hernandez. But the drug lord wasn’t going to accept life behind bars. So he shot Mitchell in the head as he was driving Gibbs’ wife and daughter. The agent then lost control, and everyone inside the car d***d instantly as a result of the crash.

Leroy Gibbs was on tour in Desert Storm when he learned that his family had d****d.

Gibbs was never able to completely rebuild his life after his devastating loss. While he flourished at work and had close relationships with his team members, he couldn’t find happiness in his personal life. And that is what ultimately led to his choice to stay in Alaska during his final appearance on the NCIS.

As he explained to the agents, the Last Frontier gave him a sense of peace that he had been searching for since losing his family. And he wanted to spend the rest of his days relishing that feeling.