Michael Weatherly’s NCIS counterpart, Tony DiNozzo is no doubt a fan favorite on the hit CBS primetime TV police procedural series. Even now, years after the character exited the series. He was a hard worker, sure, becoming one of the most prolific members of the NCIS team. 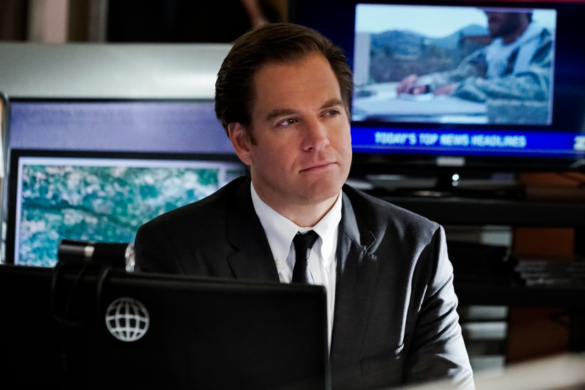 However, his ladies-man nature was certainly a core piece of Tony DiNozzo’s character as well. And, looking back at the series, we wonder how the character’s nearly non-existent filter when it came to talking to the ladies didn’t get him into more hot water during his tenure with the NCIS team.
Was NCIS Agent Tony DiNozzo’s Love Of The Ladies Also A Lawsuit Waiting To Happen?

One could argue that there are some rules on the NCIS teams that become sort of loose guidelines as the series continues on into its 20th season on the air. And, it also seems that a decorated officer such as Michael Weatherly’s Tony DiNozzo should know when to pull it in a bit, squelching his love of flirting with the opposite sex. However, fans of the series know well that this rarely – if ever – happens during the DiNozzo years.

Tony DiNozzo doesn’t seem to utilize much of a filter when he turns on the charm, talking to women on the series. Whether he is at work solving a case, or off the clock on his own personal time, this character is always in full-on flirt mode. So this begs the question, did he…technically…cross some lines while investigating some of the show’s most memorable cases?

In the second season episode titled Forced Entry, Tony DiNozzo and another NCIS investigator are on the case as they visit a suspect in the hospital. As DiNozzo is talking to the lieutenant on duty about the suspect, he also takes the moment to as her out on a lunch date. Now, this character efficiently brushes off the NCIS officer’s advances. However, he continues to push the topic joking that being engaged isn’t technically the same as being married. A step too far, perhaps?
Could Tony DiNozzo’s Teasing Be Going A Bit Too Far?

That next season features an episode titled Mind Games and along with it, yet another moment that Tony DiNozzo may have gone too far. He takes the birth control pills from one of his colleagues. Then, Weatherly’s character decides to hold them up in the air, as she tries to retrieve them from the officer’s hand.

As this is happening, Tony DiNozzo says that she wouldn’t be needing the pills unless she is seeing somebody. It’s definitely a moment that takes DiNozzo’s flirty nature too far, fans think. And, one that would certainly fall very, very flat in the real world.