Bridget Moynahan has starred on Blue Bloods since 2010. But the CBS drama is far from the only place fans have seen her. The actor has appeared in films and TV shows for over 20 years.

In addition to her career, Moynahan might seem familiar to some because of her high-profile relationship with her ex-boyfriend, NFL star Tom Brady, with whom she shares a son. Many Blue Bloods and NFL fans wonder: Will Moynahan’s son follow in his famous father’s footsteps?

Bridget Moynahan plays Erin Reagan on CBS hit ‘Blue Bloods’
Tom Selleck is the ostensible lead of Blue Bloods. But the series has always been more of an ensemble than Selleck’s starring role would have viewers believe. The series focuses on the Reagans, a family dedicated to working in law enforcement. Selleck, for instance, plays New York City Police Commissioner Frank Reagan. Moynahan plays his daughter, Erin.

As the Assistant District Attorney, Erin works from a different angle than her father. But the father and daughter are united in their fight against crime. But just because she’s played a lawyer for so long doesn’t mean Moynahan feels she is qualified to take on the job.

“I feel like I could [get into the courtroom], but I don’t know what the real thing would be like,” she told Extra in 2021. “I don’t want somebody’s life in my hands. You know what I’m saying? That’s a lot of pressure.”

Does Bridget Moynahan and Tom Brady’s son play football?
In the same interview with Extra, Moynahan said that her son didn’t play football. About his father, Moynahan explained, “Those are some big shoes to fill.”

Instead, her son was playing soccer. Or at least, that was the case with Extra caught up with the actor. By the following year, something must have changed, as Brady himself revealed in 2022. 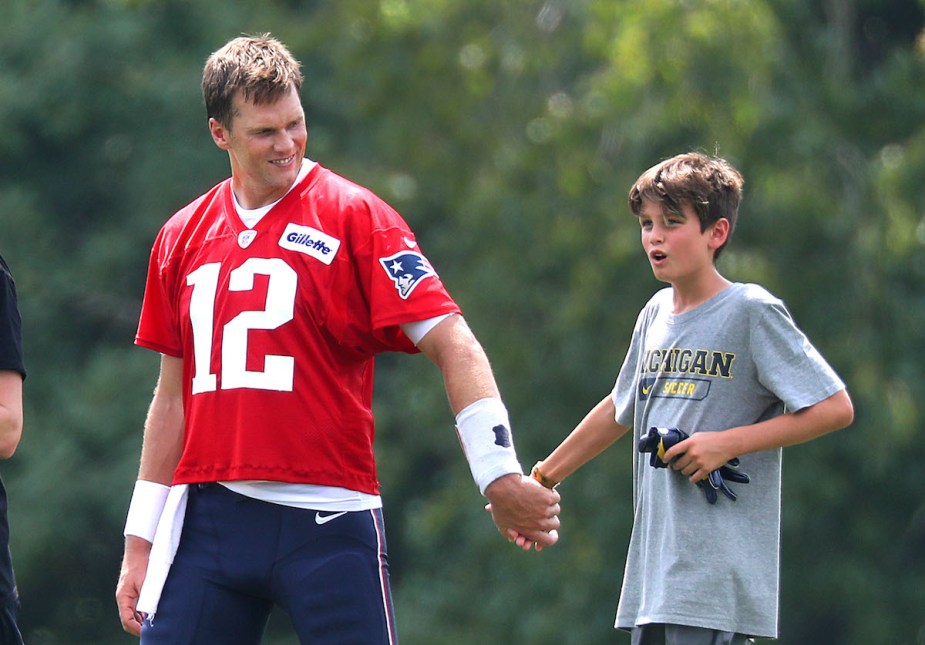 In an appearance on the Sirius XM podcast Let’s Go!, Brady confirmed that Jack, his son with Moynahan, had indeed begun playing high school football.

“I could never imagine he’d be in high school,” the seven-time Super Bowl champion said. “I never imagined him playing football. So getting out there and watching him play has been so much fun for me.”

What position does Bridget Moynahan and Tom Brady’s son play?

Although Jack plays free safety predominantly, Brady confirms that he also plays quarterback, the same position he has played throughout his career:

“I love watching him play quarterback ‘cause I think there’s very few things in life that I could probably help him with,” Brady said on Let’s Go. “I don’t have a lot of specialties in life other than probably throwing the football. He’s way smarter. He’s got a great work ethic. He’s just a great kid. But I can definitely help him at quarterback.”