Though Leroy Jethro Gibbs is teaching everyone on NCIS nowadays, it’s Mike Franks who taught Gibbs everything he knows. Franks was killed off several seasons ago, but his presence is definitely still felt. 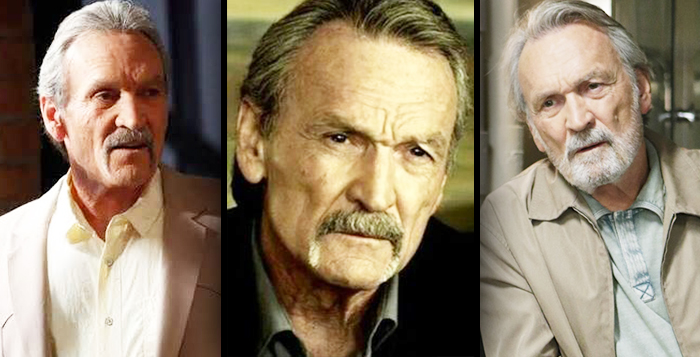 From what he did before joining NCIS to what he did after leaving the agency, here are five fast facts about Mike Franks (Muse Watson)!

Military Vet
Mike was born in raised down South and enlisted in the United States Marine Corps (just like Gibbs did) when he came of age. He fought in the Vietnam War and was eventually honorably discharged.

Gibbs’s Mentor
After that, Mike joined NIS (which was eventually renamed NCIS) in the early 80s. In the early 90s, Mike met Gibbs while investigating the murder of Gibbs’s first wife, Shannon, and daughter Kelly. Mike allowed Gibbs to see the file, leading to Gibbs killing Pedro Hernandez. Franks then recruited Gibbs to come work with him.

Early Retirement
Following a disagreement that started due to the Khobar Towers bombing, Mike couldn’t deal with the politics surrounding his job and left NCIS. He also tried to warn everyone about the threat of Osama bin Laden, but no one listened. He gave his badge to Gibbs, who then became the team leader. Mike’s final words were “Semper Fi.”

Anything For Gibbs
After Gibbs was blown up in a terrorist attack and lost his memory, Director Jenny Shepard contacted Franks, letting him know that Gibbs needed him. When Gibbs finally regained his memory and tried to warn big brass about a terror attack and they didn’t listen, Gibbs finally understood Mike’s choice. He quit and joined Mike in Mexico.

Getting Personal
Down in Mexico, Mike spent his days drinking, smoking, and fishing — and flirting with Camila Charo. It was revealed that Mike had a son named Liam, who died unexpectedly. While in Iraq, Liam has married Leyla and had a daughter, Amira. Both came to live with Mike in Mexico. Amira’s godfather is Gibbs.