Even though his body has succumbed to aging naturally and has “let him down,” Tom Selleck seems to have taken the elixir of life. At 77, the actor who admitted to being like his dad exudes energy and positivity — he refuses to dye his hair and still commits himself to farm work. At 77, Tom Selleck is remarkably agile in his career and personal life. The Hollywood star began his career as a notorious series actor, first appearing in “Magnum P.I.,” as a private investigator. 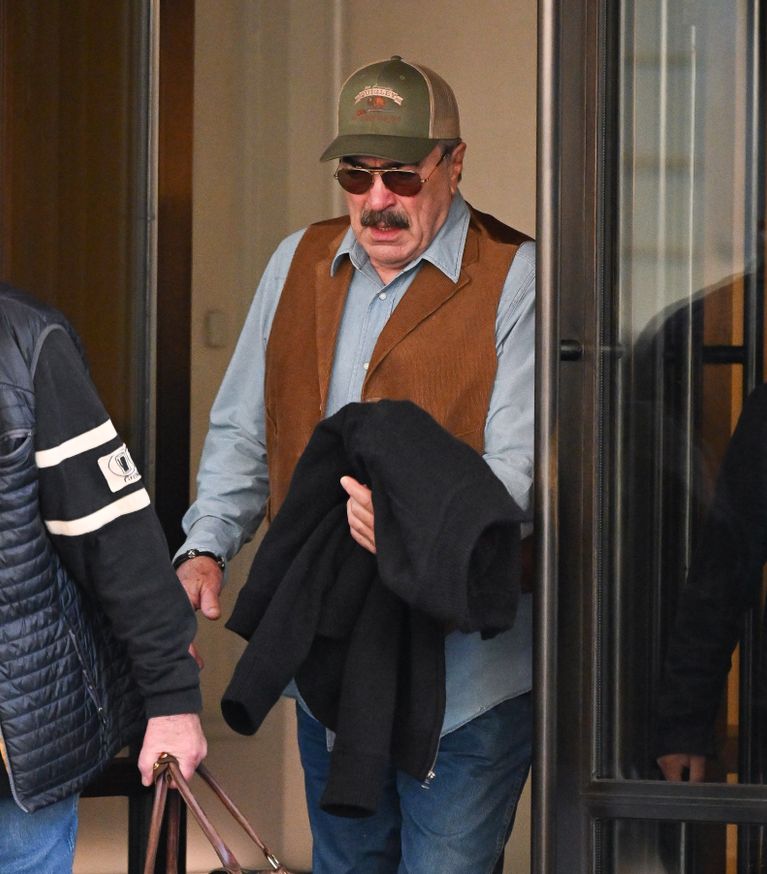 Although the rumor was that Selleck would leave the series, a source revealed that he had become “tired of the Hollywood grind.” However, CBS confirmed that the show was set to run for its 13th season with the actor on board.

Selleck’s admission of his time on the show solidified claims that the “Blue Bloods” star has no retirement in his dictionary. But, he declared, “It’s a blessing! I love what I do, and I want to keep doing it.”

Despite remaining relentless, with no plans of giving up his acting career, the 77-year-old has been open about the challenges he has encountered. 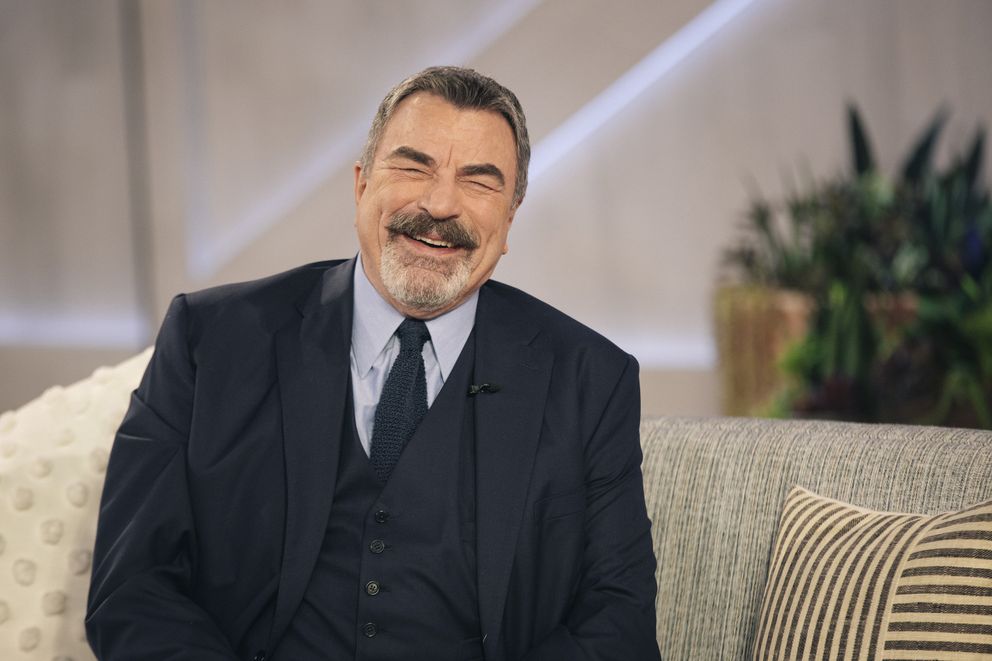 has been very honest about how he feels as an aging man. While he shared the changes he experienced, the actor also talked about what he does to make the aging process healthy. 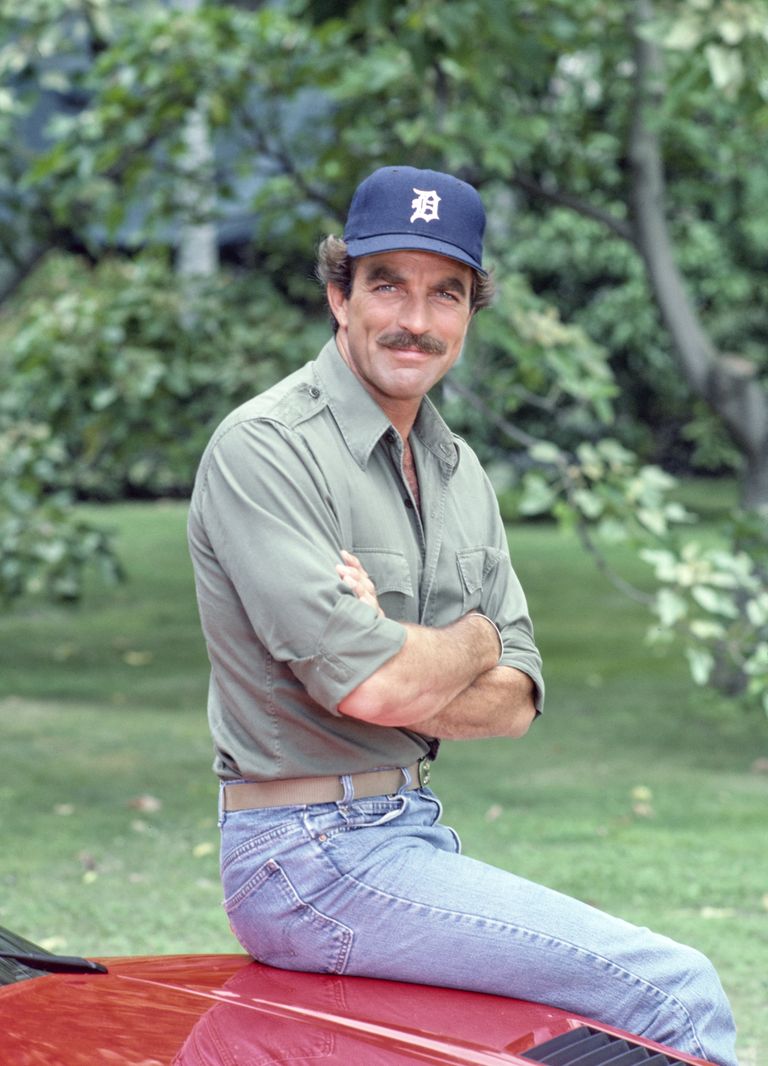 Selleck admitted that as he aged, his body underwent changes that felt alien. This was because of the effects of the past stunts throughout his career. In his words:
“Well, it lets me down from the point of view that I can’t do, or won’t do, what I used to… my back’s kind of messed up. When you do stunts in movies – I do a lot of them – you’re taking a risk, but you’re also sitting around a lot.” 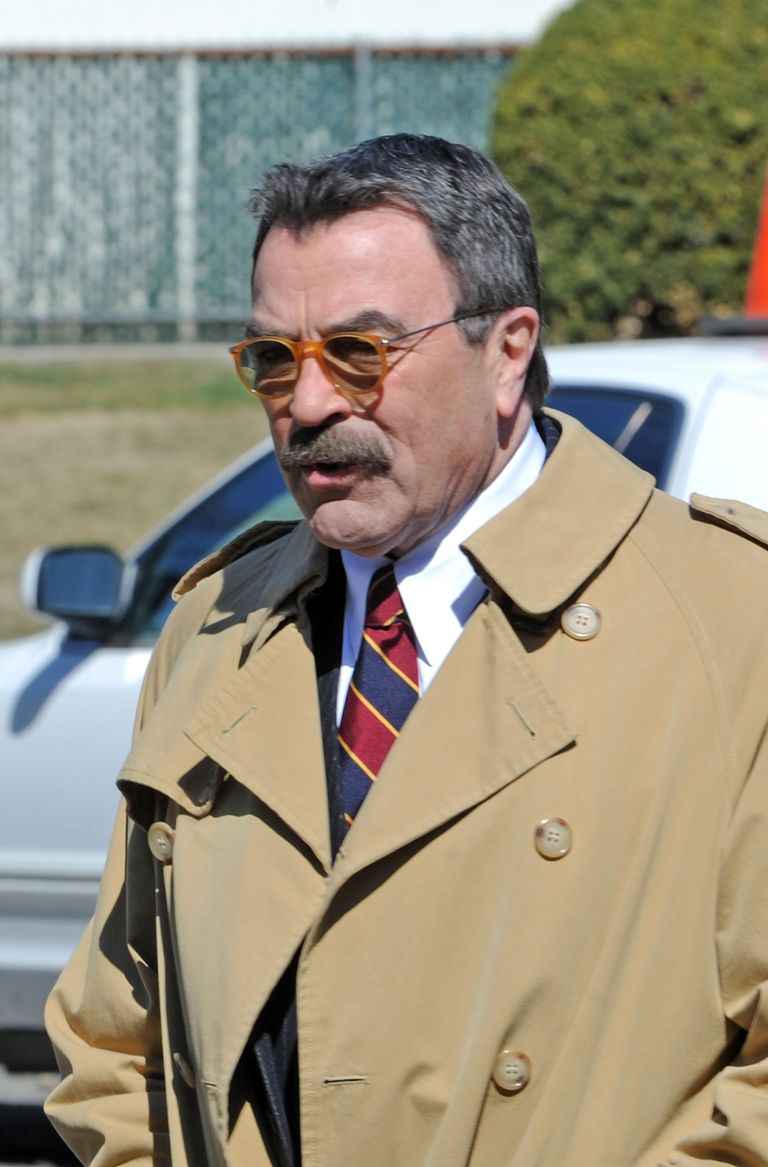 Selleck maintained that it is not peculiar to him but also to his peers whose careers revolved around stunts. He mentioned that the stunts did not seem difficult then, but it was just the price for years of indulgence. According to him:

“And I think the price— I see it with peers, I talk to them sometimes. You just see the price of all those stunts. They weren’t that hard, but I think it’s the stop-and-go of all that stuff.”

Tom Selleck on Aging, Activities and His Life at His Ranch at 77

Despite addressing the rumors about his absence from the CBS series, the gossip mills churned another news concerning his failing health. The claims were that Selleck suffered chronic arthritis and that a stunt double was contracted to fill in for him. According to the insider:
“Macho Tom is falling apart before our eyes.” 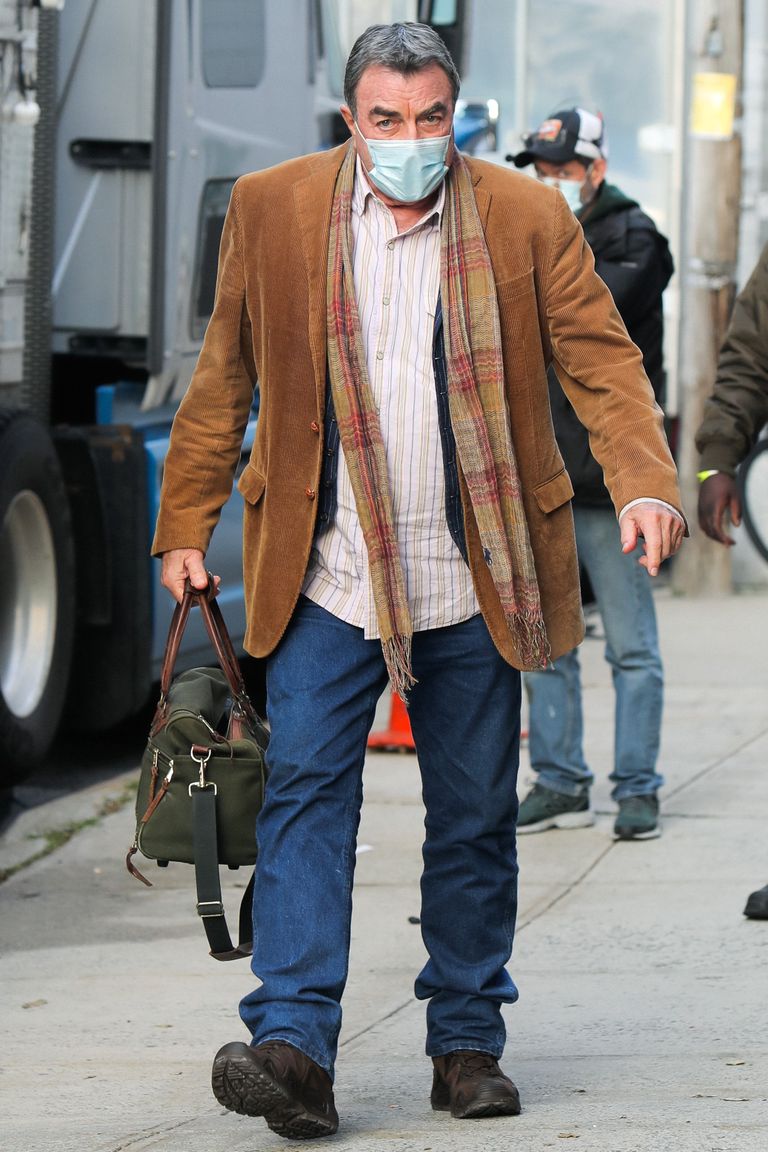 Again, Selleck was quick to dispel these claims; during a heart-to-heart conversation with G.Q., he maintained that he keeps a healthy and balanced lifestyle and puts in the work on his wide-land ranch. He said:
“I don’t like to go to the gym. I have a 63-acre ranch, and I do not all, but a lot of, the grunt work. Clearing brush, planting trees. We’ve got about a hundred ancient oaks I planted. I’ve probably planted a thousand trees myself.” 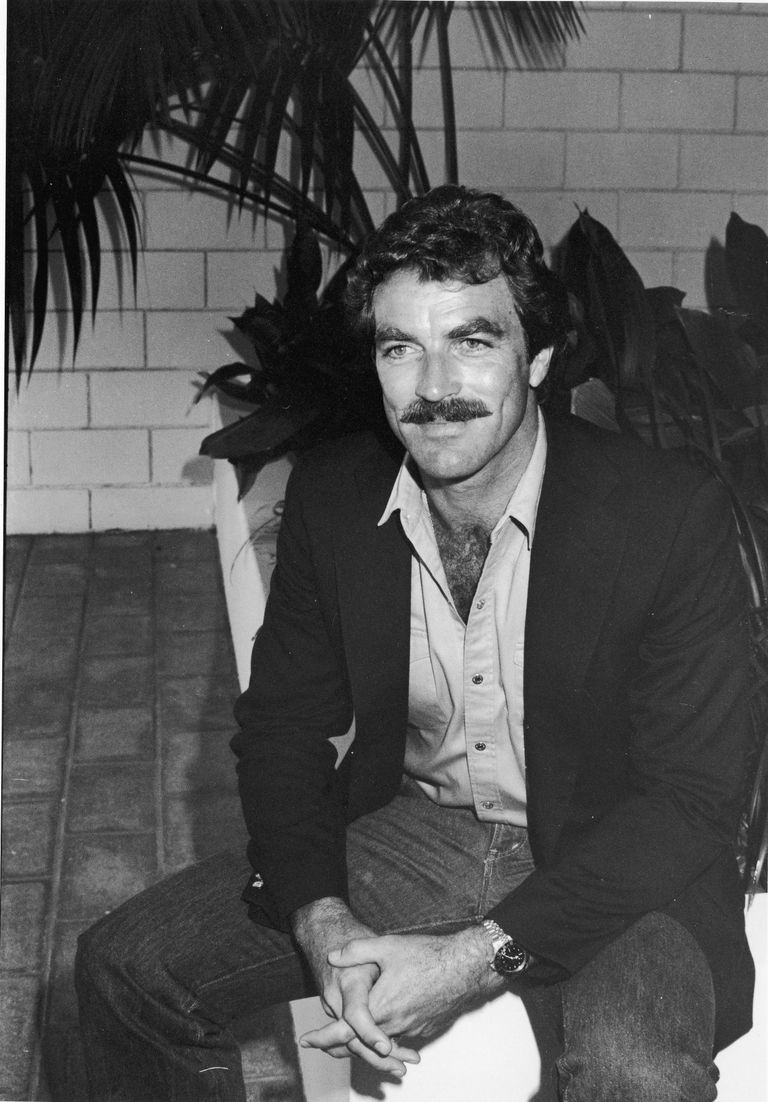 Amid addressing the claims, Selleck has been very honest about how he feels as an aging man. While he shared the changes he experienced, the actor also talked about what he does to make the aging process healthy.

According to the “Blue Bloods” star, not dying his hair— accepting the change and staying in shape by engaging in heart-pumping activities such as competitive softball and baseball has worked the magic. 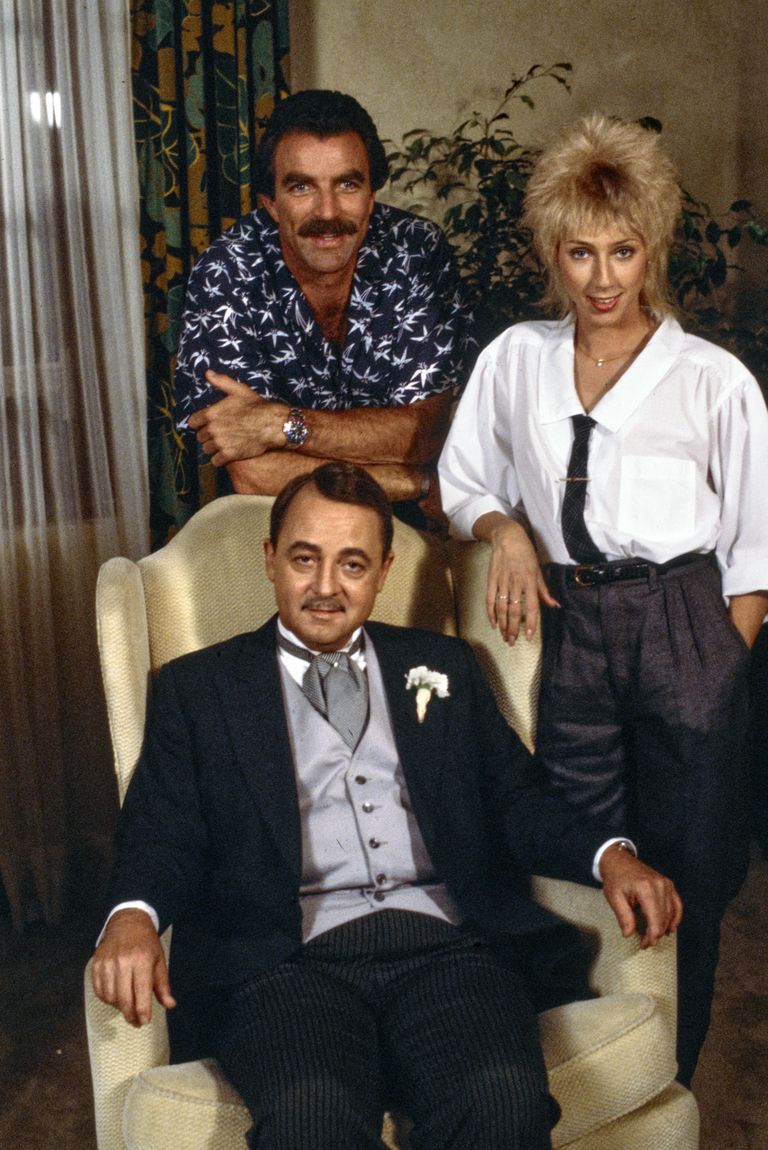 Although he is acquainted with golf, it is not his favorite sport; he only played it because of his father. Selleck had a great relationship with his dad, and as an older adult, he sees himself as a chip off the old block. While speaking about his likeness to his dad, he shared:

“I get a lot more like him. I hear him sometimes, in some things I talk about. Sometimes I hear him with my daughter. I don’t know what it was— my dad was a great guy, a great example.”

Selleck Refuses to Dye His Hair and Wants to Stay Natural

Selleck is a man who is comfortable with life’s dynamics and unwilling to change his views to fit any societal narrative or standard. So far, the actor has been proud of his salt-and-pepper hair. The 77-year-old welcomes his reality and would rather bask in it than compromise his beliefs on aging. 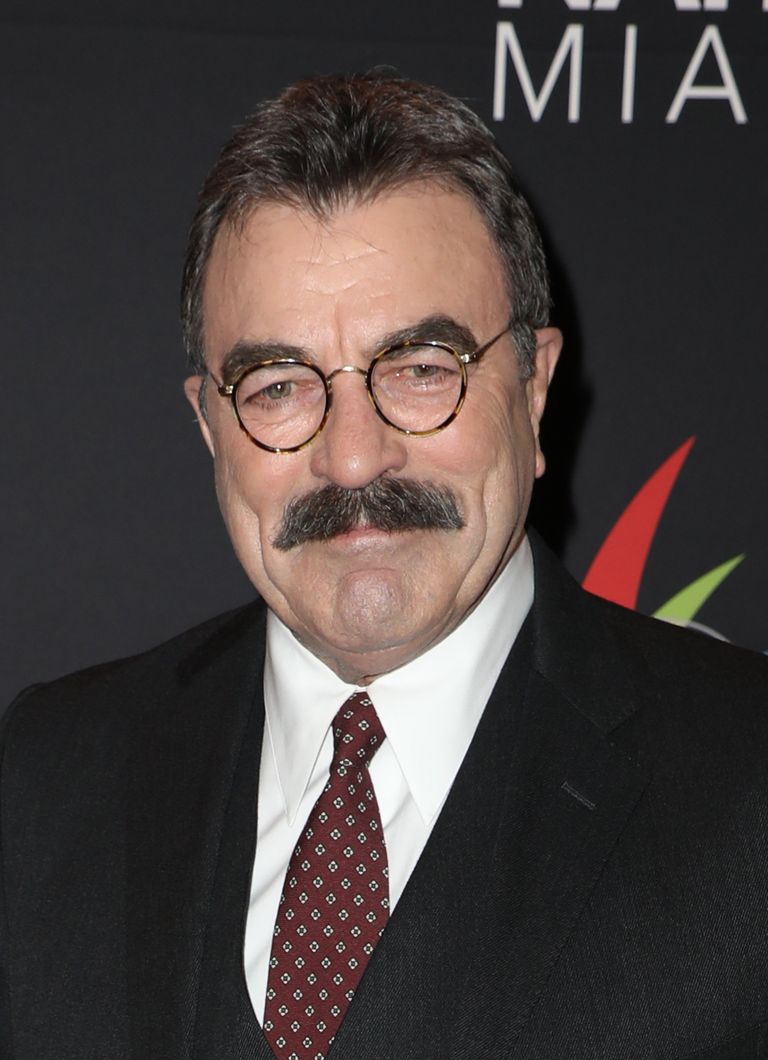 >> related stories
– ‘Magnum PI’s Roger E Mosley Died Surrounded by Family a Week after Being ‘Paralyzed from the Shoulders Down’
– Man Blames Father for Their Poverty, after Father’s Death Son Is Forced to Take On His Job – Story of the Day
– Son Kicks Mom Out in Favor of His Fiancée, Years Later Comes to Her Doorstep Poor & Divorced – Story of the Day

He gallantly explained that he never dyed his hair, even though the pressures from people kept ringing. Interestingly, Selleck does not associate his hair color with wisdom; instead, he feels it is a blessing. Selleck revealed:
“One thing I didn’t do is dye my hair. I’m sick of people telling me I dye my hair! This is it, man. I’ve got grey hair in there. At my age, turning grey is kind of a blessing, where it softens all of the other horrible things it does to you, but it is what it is.”

Indeed, the “Blue Bloods” star proved that he is not only passionate about keeping his looks but intends for them to be acceptable. He admitted that during his time on the show, he asked that the makeup artist add some grey hairs to his mustache. He said.

“But then, the digital camera they were using on the show didn’t even show it. But I’m a little greyer now, so that’s good.” 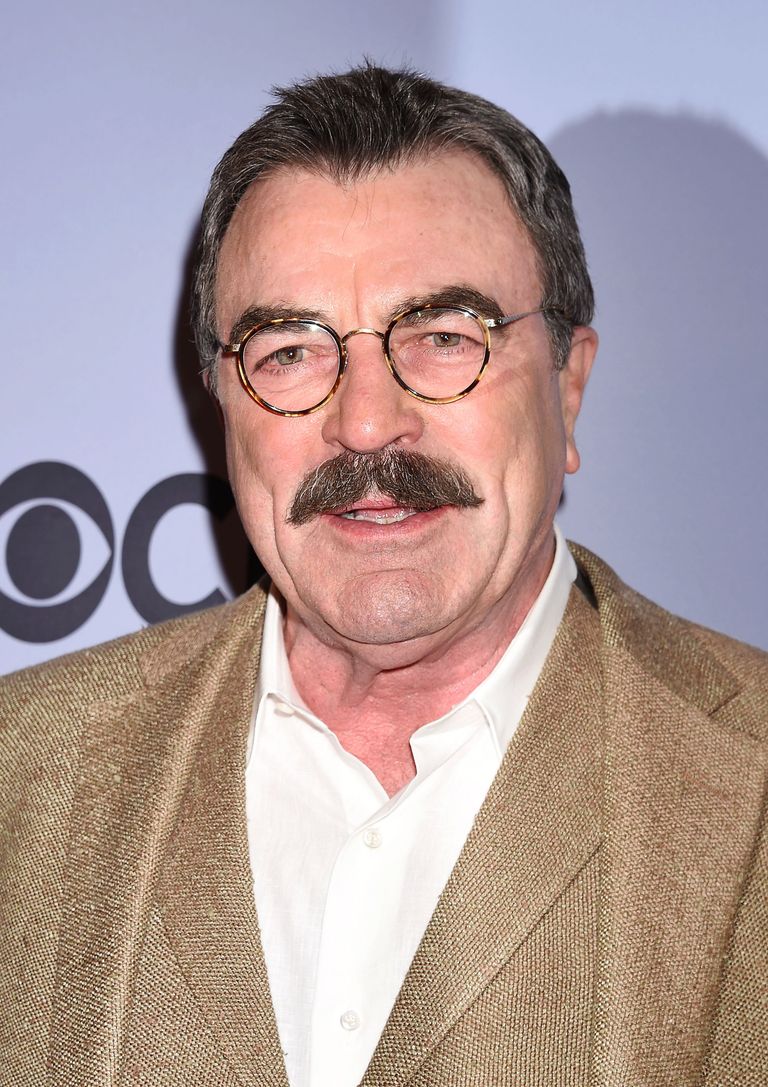 Selleck is not so different from his character, Frank Reagan, onscreen. Both men are experienced at their jobs, conscientious, and know how to defend their values.

Also, the 77-year-old actor displays positivity, showing how his outlook on life has improved his health and is aiding his aging naturally.